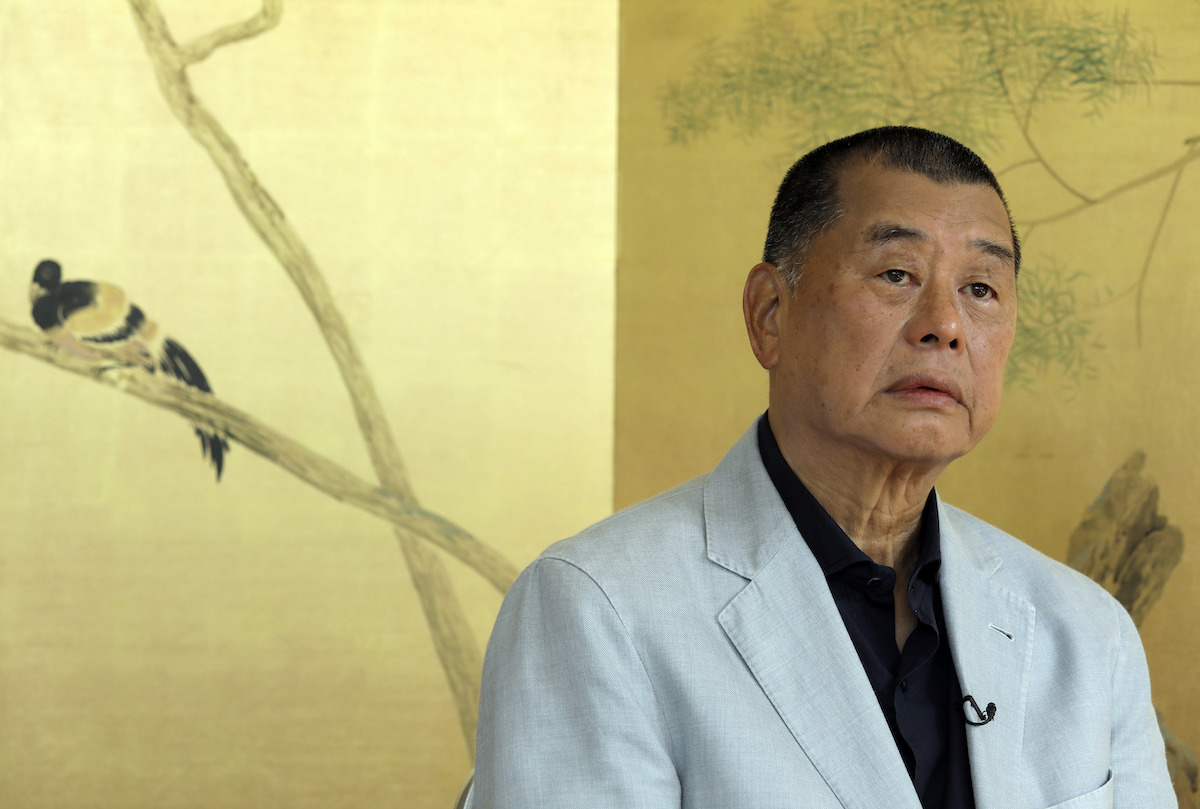 One day after pro-democracy activist Jimmy Lai was found guilty of fraud charges, the U.S. Department of State responded to the verdict, condemning its “spurious fraud charges” and noting increasing concerns about “deterioration in protection for human rights” under the Chinese Communist Party’s National Security Law (NSL).
While the charges brought against Lai were reportedly related to lease violations, his prosecution has been due in large part to his role as one of Hong Kong’s most outspoken advocates for democracy. The 74-year-old Lai is already in prison for participating in unauthorized assemblies during the 2019 wave of pro-democracy protests throughout the country, in addition to a 2020 vigil for the victims of the 1989 Tiananmen Square Massacre.
After the 2020 protests, Beijing imposed the NSL, which circumvented the authority of the Hong Kong legislature and cemented the CCP’s ability to prosecute dissenters and democracy advocates directly from Beijing in a massive blow to the “one country, two systems” framework that had governed Hong Kong since 1997. Under the new law, Lai faces a potential life sentence; he plans to appeal the charges.
Lai faces a December trial on charges of “colluding with foreign forces” and producing “seditious publications.” Lai, a prominent fashion and media entrepreneur, published the pro-democracy publication Apple Daily, which gained wide readership throughout Hong Kong before its assets were frozen in 2021.
Lai’s pro-democracy stance and criticism of China’s communist governance has brought him to the attention of Western political media as well as U.S. government officials. In 2019, Lai met with U.S. politicians including Vice President Mike Pence, Secretary of State Mike Pompeo, and House Speaker Nancy Pelosi to discuss the growing pro-democracy movement in Hong Kong. Pelosi later tweeted photos of herself meeting with Hong Kong activists, pledging her “full support and admiration” for the country’s democracy advocates.
In addition to political attention, Lai’s work and imprisonment have gained the attention of human rights organizations worldwide. Lai has received awards from Reporters Without Borders, the Committee to Protect Journalists, and the World Association of Newspapers and Publishers, as well as a Nobel Prize nomination, an honorary degree from the Catholic University of America, and the Acton Institute’s Faith and Freedom Award. Lai’s story is one of extraordinary resilience in the face of tremendous odds; China was listed as the worst jailer of journalists in 2021, and all proceedings thus far indicate that their intention is to make an example out of Lai and his fellow dissenters as a warning to other critics of Xi Jinping and the communist regime. Despite all this, Lai seems unshakable in his resolve.
“Hong Kong’s situation is increasingly chilling,” he wrote from jail in 2021. “The era is falling apart before us and it is time for us to stand tall and keep our heads high.”
The Hong Konger, the Acton Institute’s new documentary, tells the story of Jimmy Lai’s heroic struggle against authoritarian Beijing and its erosion of human rights in Hong Kong. It is currently being screening in cities around the world.