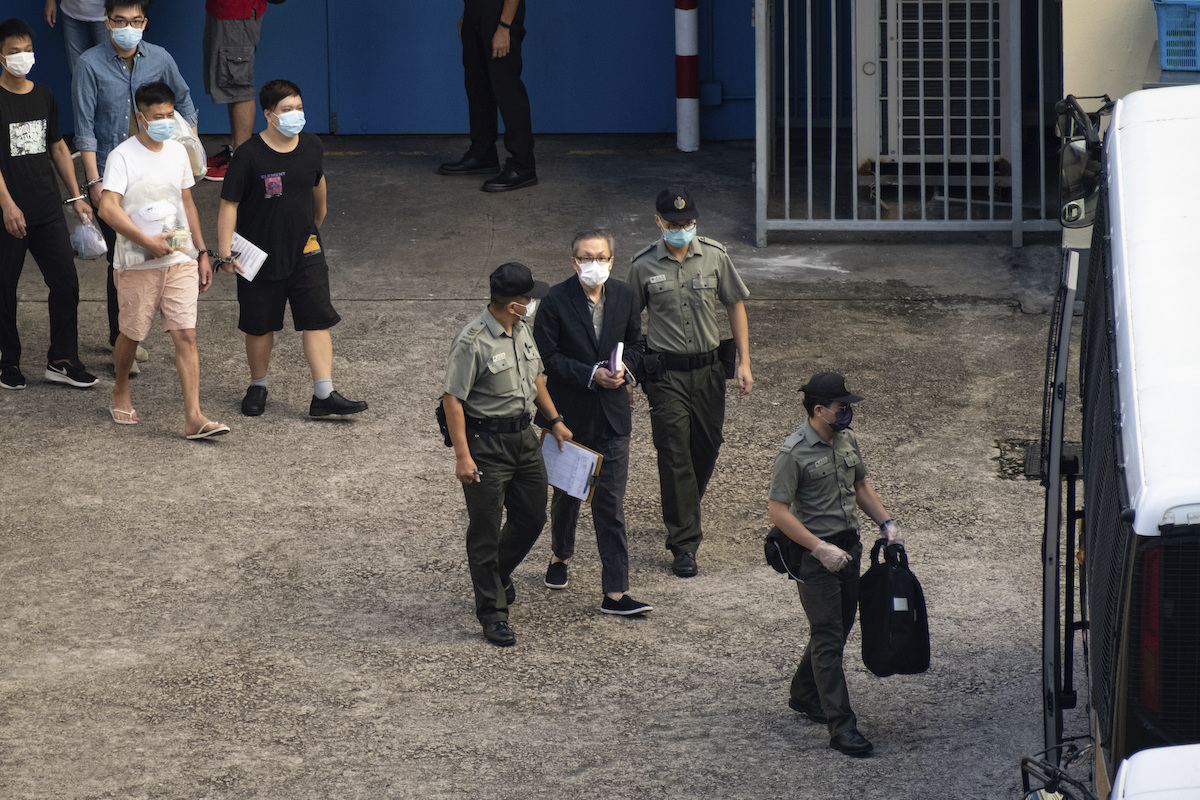 The deliberate shredding of Hong Kong’s democratic ideals continues as the case against six former employees of Next Digital and its subsidiary Apple Daily is to be transferred to the Hong Kong High Court, where guilty verdicts can result in life sentences, it was announced on Sept. 30.
Both Apple Daily, a pro-democracy Hong Kong newspaper, and Next Digital Media Group were forcibly liquidated by the government earlier this year after each of its headquarters was raided. The former was shuttered on June 24; the latter on Oct. 1.
The six defendants are former CEO of Next Digital Cheung Kim-hung, Apple Daily’s former editor-in-chief Ryan Law, former associate publisher Chan Pui-man, former executive editor-in-chief Lam-Man Chung, former editor-in-chief of the English news section Fung Wai-kong, and ex–editorial writer Yeung Ching-Kee.
The defendants appeared at West Kowloon Magistrates’ Courts on Sept. 30, as all six were remanded into custody with no bail applications being submitted.
Of the six, Cheung and Law are accused of conspiring with the founder of Next Digital and Apple Daily, Jimmy Lai, in colluding with foreign forces.
Additionally, the three companies that some of the defendants were employed at—Apple Daily, Apple Daily Printing Limited, and Apple Daily Internet Limited—were accused of conspiring with Chan, Lam, Fung, and Yeung in collusion with foreign forces, specifically asking those forces to “impose sanctions [on] or blockade” Hong Kong or mainland China.
No representatives from the three companies were present at the Sept. 30 court session.
The updated hearing at the High Court is set for Oct. 12, where the court will consider committal proceedings. The reschedule also allows the prosecution and investigation more “time to understand what happened,” the prosecutor said in a statement.
Jimmy Lai, outspoken pro-democracy advocate and winner of the Acton Institute’s 2020 Faith and Freedom Award, will appear in High Court on the same date to contest the charges, per the prosecution’s request that his case be transferred to the High Court as well. Lai faces multiple charges under Hong Kong’s wide-sweeping National Security Law (NSL) and is currently serving a 20-month prison sentence.
The announcement to transfer the case against the six comes after Hong Kong finance chief Paul Chan presented a petition last week to wind up Next Digital on suspicion of fraudulent activity.
Within the past month, every top executive and board member of Apple Daily and Next Digital either quit amid fear of confronting Hong Kong’s strict NSL or were arrested for violating it.
The NSL is a revolutionary law in China’s legal system. All six defendants, in addition to Lai and the three companies, are charged with violating it, which bans what the Hong Kong government deems as subversion, secession, and/or terrorism.
Passed in June 2020, the NSL’s vague but wide-sweeping language and broad application has been the grounds for more than 150 arrests in the past year.