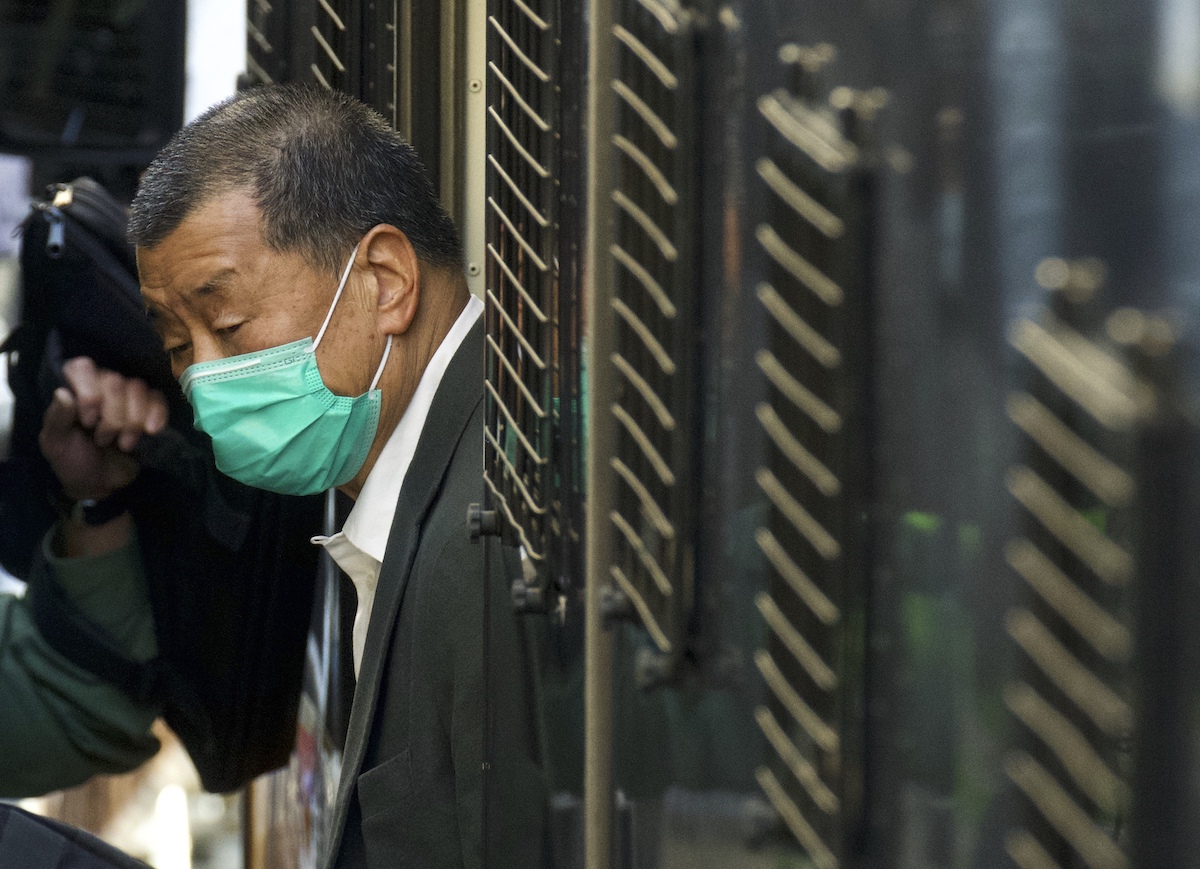 Hong Kong prosecutors lost their appeal against a magistrate’s decision in September 2020 that cleared charges against media tycoon Jimmy Lai on “intimidating a reporter from a rival newspaper,” according to the South China Morning Post.
Lai, outspoken founder of prominent Hong Kong pro-democracy newspaper Apple Daily, faced trial last year on one count of intimidating and threatening a photojournalist from the pro-Beijing Oriental Daily News. The court acquitted Lai on Sept. 3, 2020, ruling that the prosecutors had failed to prove Lai’s intent to physically harm the reporter.
The clash between Lai and the reporter, named “X” during the appeal, took place in 2017 during an annual Victoria Park vigil marking the anniversary of the 1989 Tiananmen Square Massacre, a peaceful pro-democracy protest that turned horrific after Chinese troops opened fire on unarmed student protesters. This month, because of his participation in the vigil in 2019, Lai was handed a conviction and a 14-month prison sentence.

During the 2020 trial, X testified that he felt threatened by Lai when the entrepreneur said he would “mess with him” after X photographed Lai at the vigil, according to the BBC. Lai defended his comment in court, saying he had lashed out in a spur of the moment and that X had been following and photographing him for years.
The investigation of the incident had been halted in 2018, but in February 2019, Lai was arrested and charged on criminal intimidation along with the unauthorized assembly charges.
The presiding magistrate of the 2020 trial, May Chung Ming-sun, ruled in favor of Lai, arguing that he had undoubtedly reacted poorly but agreeing with the defense that Lai had used a Chinese expression that could be taken in multiple ways without necessarily meaning an explicit intent to harm someone.
The prosecution against Lai appealed on the grounds that Chung had erred in her ruling, saying she “misdirected herself, misunderstood the facts and took into account irrelevant considerations.”
But on appeal, Justice Andrew Chan Hing-wai of the high court maintained the 2020 ruling. Chan acknowledged that a successful man like Lai, with “ample resources,” should be able to recognize when he had made a serious threat, but upheld the previous magistrate’s ruling that the expression carries with it various meanings and does not necessarily mean Lai meant to personally harm the reporter.
The prosecutor’s appeal, therefore, was flawed and “could not be supported,” according to Chan.
“Since the magistrate was not satisfied that the utterance made by [Lai] was the cause of the reporter’s [mental stress], that finding … marks the end of the prosecution case,” Chan said.
Lai, the 73-year-old pro-democracy entrepreneur and activist, is currently serving a 20-month prison sentence for his participation in four unauthorized assemblies during Hong Kong’s 2019 anti-government protests, as well as collusion charges, under the city’s repressive National Security Law (NSL).
The Beijing-imposed NSL, passed in June 2020, cracks down on political dissent, hindering freedoms of speech, assembly, and association. More than 150 Hong Kong citizens have been arrested since the law’s implementation, inducing widespread fear and stifling human rights. Lai and a few others have sacrificed their lives for a reemergence of democratic ideals in Hong Kong, a city that used to be a safe haven for such ideals, but now is ruled by an increasingly authoritarian government, which is declining further into a Beijing-like dictatorship.
The Hong Konger, the Acton Institute’s documentary on the life of Lai, tells the story of his ongoing struggle against the growing power of the Hong Kong government. It is set to be released in early 2022.