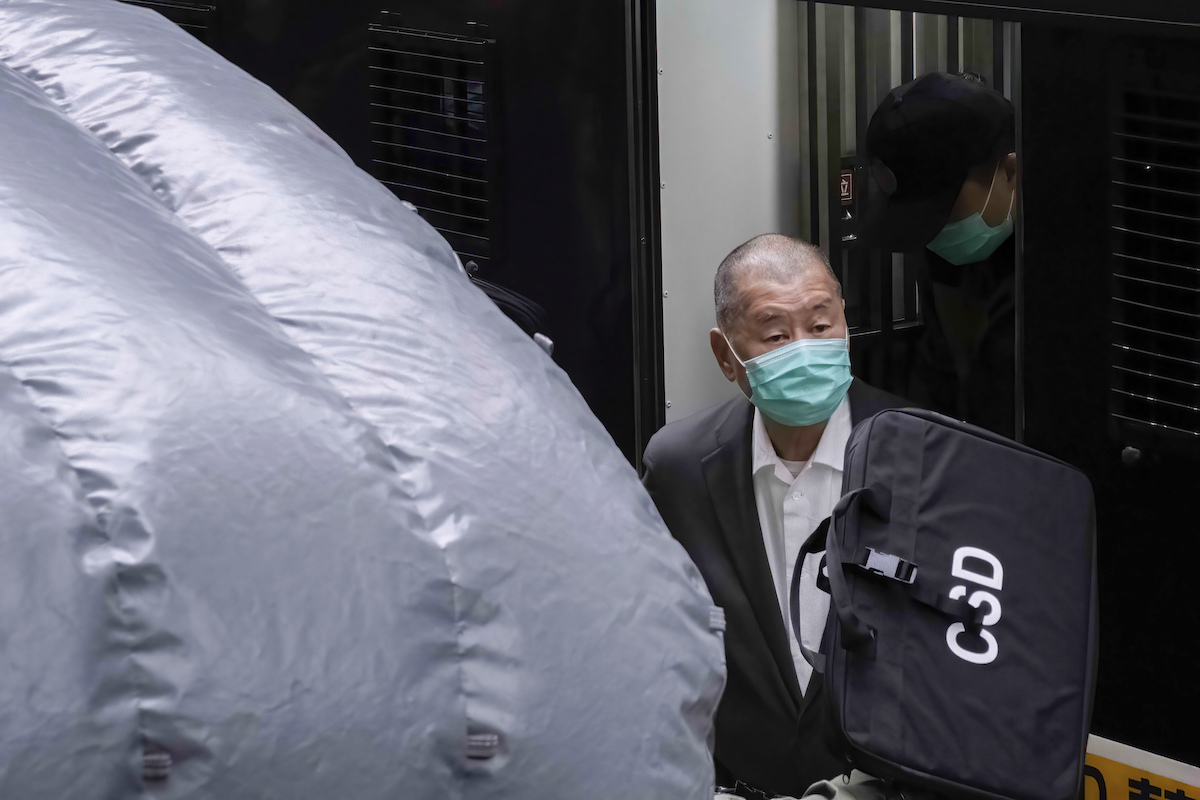 Every month, the One Free Press Coalition issues its “10 Most Urgent” list, ranking the most harrowing challenges to press freedom from around the world in order of urgency. Jimmy Lai, a 74-year-old Hong Kong entrepreneur and pro-democracy activist currently serving a 20-month prison sentence on national security charges, topped this month’s list, as the coalition focused on press freedom in China in light of the upcoming 2022 Winter Olympics.
The coalition comprises international groups of professional editors and publishers “standing up for journalists under attack for pursuing the truth.”
“Media outlets worldwide unite as the One Free Press Coalition to publish this list and draw attention to the most pressing cases of threats against journalists,” the coalition said.

Lai has continually confronted Hong Kong’s National Security Law (NSL), the city’s wide-sweeping effort to silence voices of political opposition in imitation of Communist China. Since the NSL’s implementation in June 2020, Hong Kong has slid further into Beijing-like tendencies: Journalists have been arrested without reason, and individuals and organizations have been censored as “subversives.” In general, Hong Kong citizens’ freedoms of speech, press, assembly, and association have been stifled, with Lai’s case in particular coming under the coalition’s spotlight.
When it comes to arresting journalists, China was ranked the worst—50th out 50—for the third year in a row, reports the Committee to Protect Journalists’ 2021 prison census. There are a some 50 journalists behind bars in China, according to the census.
In April 2021, Lai was convicted of unlawful assembly in Hong Kong’s 2019 pro-democracy protests; this event, some argue, was the catalyst for a stricter implementation of the NSL. Later that year, on Dec. 11, after his newspaper, Apple Daily, and media company, Next Digital, were forcibly shuttered by Hong Kong authorities, Lai was handed another conviction, for his role in a vigil that marked the Tiananmen Square Massacre, and was sentenced to an additional 13 months in prison.
Most recently, on Jan. 4, Lai was accused of conspiracy to print, publish, sell, and distribute “seditious publications” between April 2019 and Apple Daily’s last day in business, June 24, 2021.
This is not the first time Lai, one of the most notable journalists in Hong Kong, especially for his criticisms of Beijing and its anti-democratic policies, has been recognized by international organizations.
Most often, Lai’s recognition has been in the form of an award, typically from civil society groups, commending his efforts in upholding authentic journalism in the face of strict government censorship and control. For example, at the conclusion of 2021, Lai and his staff at Apple Daily were the winners of the World Association of News Publishers “Golden Pen Freedom Award.”
The One Free Press Coalition’s ranking marks the first time, however, that Lai’s struggle against Hong Kong’s increasingly tyrannical government has been in the form of a sheer negative calculation, in which he places first. Thus Lai’s case is portrayed by the coalition as an immediate call to action in the fight for press freedom for journalists in Hong Kong.
In addition to Lai at the number one spot, there are nine other journalists on the One Free Press Coalition’s “10 Most Urgent” list, each with his or her own heroic story in defending press freedom in their home countries. More information on the journalists can be found here.
And stay tuned for the Acton Institute’s documentary on the extraordinary life and pro-democracy struggles of Jimmy Lai, The Hong Konger, set to be released in early February.