Jimmy Lai Gets 5 Years for Fraud as He Awaits Trial 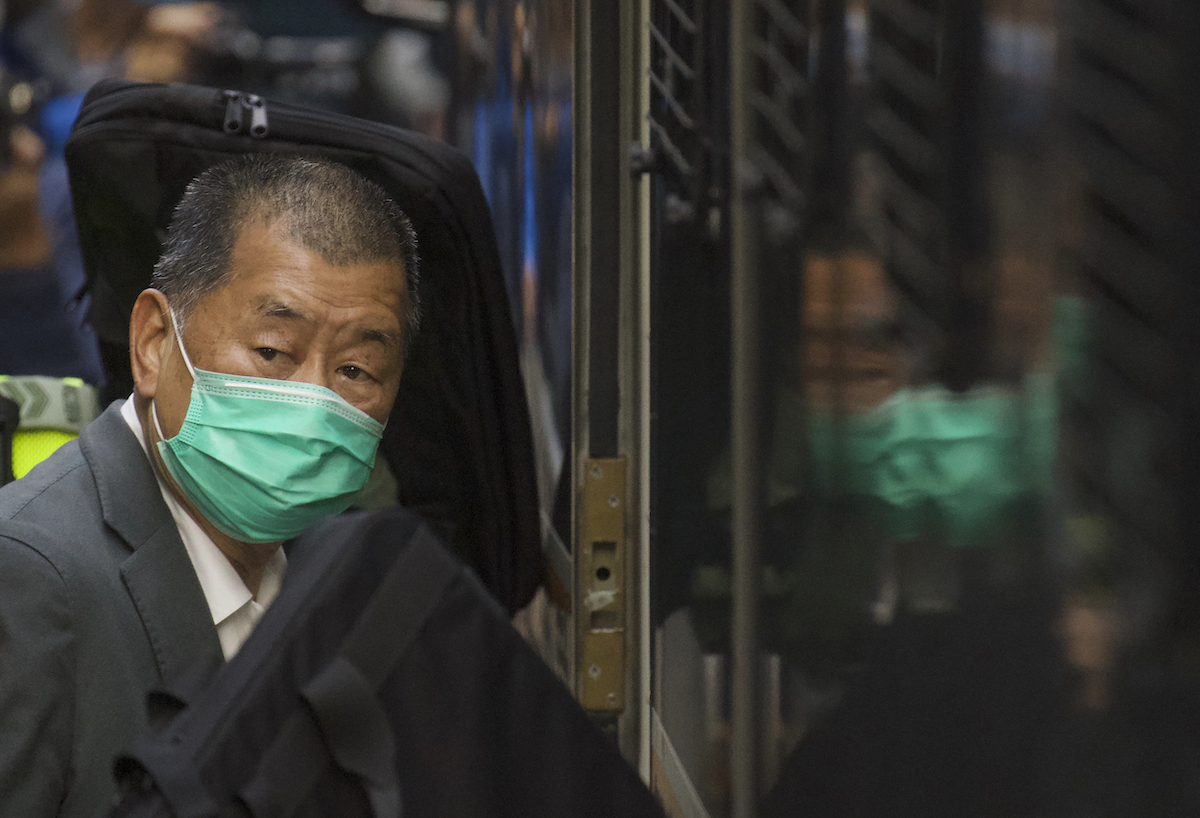 Held in solitary confinement, 75-year-old Jimmy Lai is still awaiting trial for the crime of resisting the iron grip of the Chinese Communist Party in Hong Kong. On December 10, however, that grip got a little tighter.
A Hong Kong court sentenced Lai to an additional five years and nine months on two counts of fraud, related to a leasing issue with his pro-democracy newspaper, Apple Daily. According to Reuters, Lai used Apple Daily’s headquarters, closed by Hong Kong authorities in June of 2021, to cover up the operations of a private consulting firm, Dico Consultants Ltd. Along with the prison sentence, Lai received a fine of HK$2 million ($260,000).
District Court judge Stanley Chan defended the decision, writing that Lai “acted under the protective umbrella of a media organization” and that his conviction “wasn’t equivalent to an attack on press freedom.” Nevertheless, “The United States condemns the grossly unjust outcome of Jimmy Lai’s latest trial sentencing,” U.S. State Department spokesperson Ned Price said in a statement. “By any objective measure, this result is neither fair nor just. We once again call on PRC authorities to respect freedom of expression, including for the press, in Hong Kong,” he added.
In a statement released through his attorneys, Lai’s son Sebastien said:

“My dad has already spent two years in prison for standing up for human rights in Hong Kong, for freedom of speech and association. Now they have sentenced him to 5 years 9 months for breaching a lease contract, and he is awaiting a National Security Law trial which could condemn him to spend the rest of his life behind bars. My dad is a British citizen who has done nothing wrong. I call on the UK Government to take urgent action to protect my dad immediately and secure his freedom. The UK must do all it can to stop this, and do it now.”

When Hong Kong authorities, acting under the demands of a Beijing-imposed National Security Law, arrested Lai in December 2020 and shuttered Apple Daily in June 2021, a clear message of intimidation was sent to all freedom fighters in Hong Kong: Anyone who speaks up for democracy in Beijing’s backyard will be met with state power. Judge Chan denies, however, that Hong Kong’s prosecution of Lai is based on any political vendetta.
Lai’s fraud conviction is separate from his prosecution under Beijing’s National Security Law (NSL). That trial was initially slated to begin on December 1 but hit delays as prosecutors blocked the visa of Timothy Owen KC, a British barrister and specialist in international law selected to help with Lai’s defense. If Lai, already serving time for his involvement in a 2019 vigil commemorating the Tiananmen Square Massacre, is convicted of “collusion with foreign actors” among other charges in the NSL case, he could spend the rest of his life in prison.
Beijing and the Chinese Communist Party have stopped at nothing to punish Lai ever since the Hong Kong entrepreneur. Caoilfhionn Gallagher KC, who leads Jimmy Lai’s international legal team, asserts that the pursuit of Lai is “designed to silence and discredit [Lai] and send a clear message to others that they should not dare to criticise the Chinese or Hong Kong authorities.”
The Hong Konger, the Acton Institute’s new documentary, tells the story of Jimmy Lai’s heroic struggle against authoritarian Beijing and its erosion of human rights in Hong Kong. It is currently being screened in cities around the world.