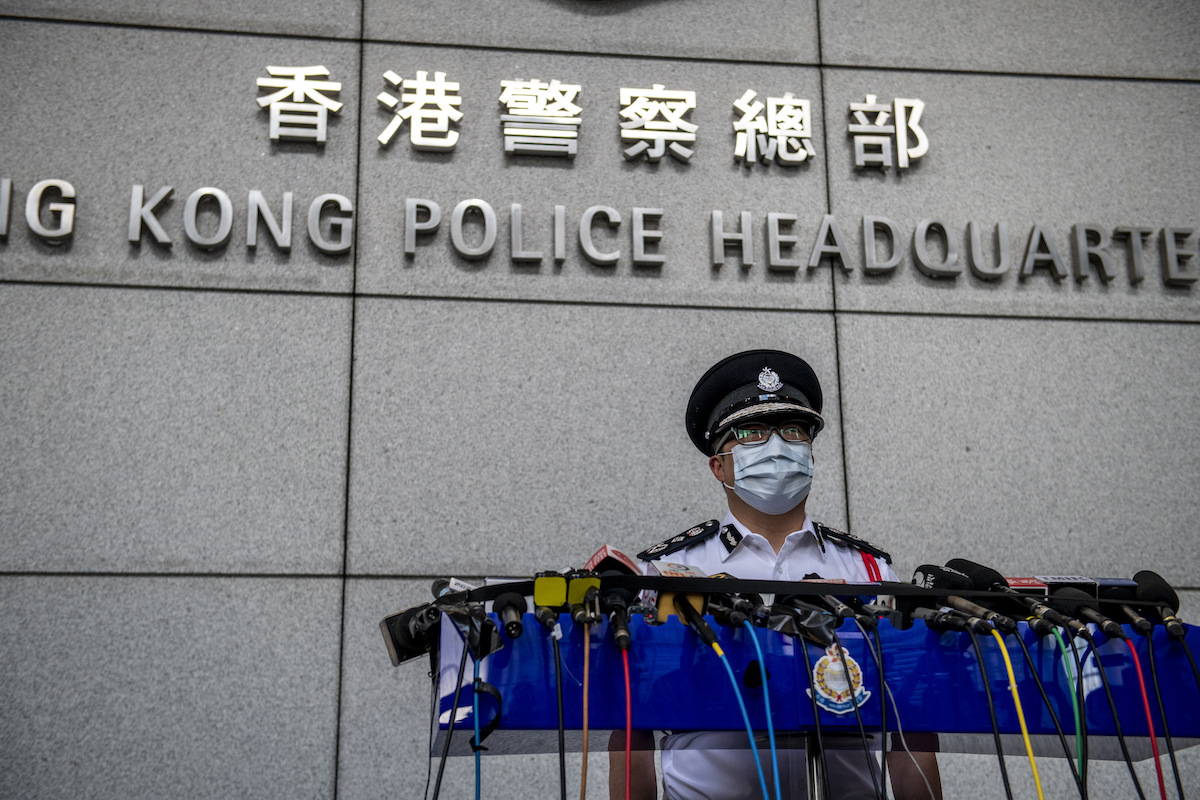 On Sept. 15, Hong Kong’s Secretary of Security, Chris Tang, called for the Hong Kong Journalists’ Association, the city’s main press group, to reveal to the public who its members work for and how many of them are students.
The comments came a day after he accused the group of infiltrating students, according to Reuters.
Tang accused the group of recruiting student journalists to oppose the Chinese Communist Party, or CCP. The association rejected the claim, saying it abided by the law in Hong Kong.
But Tang believes he is merely conveying the “doubts held by many in society” about the association.
The public pressure placed on the association is the latest in Hong Kong’s crackdown on freedoms of press and speech. Since the city’s implementation of the National Security Law, or NSL, in June 2020, the media industry has been continually critiqued and crippled by the city’s leaders.
Jimmy Lai, longtime Acton friend and founder of Apple Daily, a pro-democracy news service that was an avid critic of the Chinese government, is currently serving a 14-month prison sentence for unauthorized assembly in 2019 protests. He awaits trial on other National Security Charges in November.
“As a media person, it’s impossible for the media to survive because whatever we say can be sedition, can be suppression, can be anything they name it,” Lai said in an interview with the Hoover Institute.
In June, Apple Daily was forced to liquidate after Hong Kong police raided its headquarters and froze its assets. After the raid, executive Apple Daily personnel, including former editor-in-chief Lam Man Chung, were also arrested on NSL-related charges.
The closure of Apple Daily came after months of increasing pressure and the government’s public criticism of its operation and articles, saying the paper’s content violated the NSL – although refusing to provide specifics.
“Don’t try to underplay the significance of breaching the national security law, and don’t try to beautify these acts of endangering national security,” Hong Kong City Leader Carrie Lam said during a press conference after the raid. “Don’t try to accuse the Hong Kong authorities of using the National Security Law to suppress the media or stifle freedom of expression.”
Social groups have also been suffocated by Hong Kong’s tightening grip on political dissent. The Professional Teachers’ Union disbanded earlier this month amid increasing pressure from the police.
Just last week, the Hong Kong Alliance in Support of Democratic Movements in China, the organizer of the annual vigil commemorating the Tiananmen Square Massacre, had several members arrested after refusing to provide information for a police investigation.
There is no limit on what can qualify as illegal under the Beijing-imposed NSL, which criminalizes what the CCP  broadly defines as subversion, secession, or terrorism. Those who are charged with violating it could face up to a life in prison.
The law’s vague language and broad application has led to over 100 arrests since its implementation.
The Hong Kong government has repeatedly defended the law, ensuring its fairness and saying arrests have “nothing to do with their political stance or background.”
But critics of the law worry that rights promised to them under Hong Kong’s “one country, two systems” policy, which grants autonomy to Hong Kong from the People’s Republic of China, are being erased.