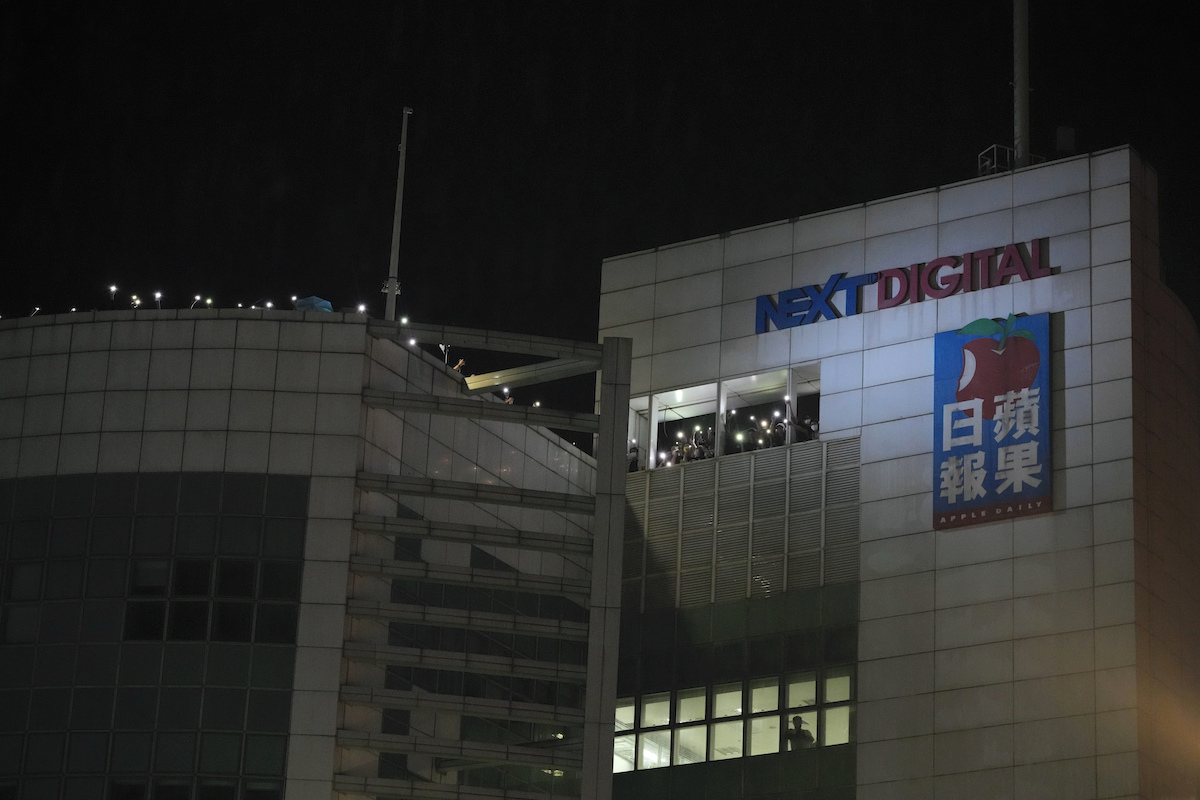 A Hong Kong high court has ordered the winding-up of Jimmy Lai’s prominent media company, Next Digital, following a local government petition.
The order came from high court master Jack Wong Kin-tong on Dec. 15. No representatives from Next Digital were present at the hearing and the company submitted no objections, according to South China Morning Post.
In the brief court hearing, senior government counsel Aaron Lam Cheuk-lun said the registrar’s certificate, which ensures the court that all rules and procedural steps have been complied with, was obtained earlier in the week and that the necessary paperwork was in order, permitting the  “winding-up order to be granted.”
Kenny Tam King-ching and Man King-shing of Kenny Tam & Co., an accounting firm in Hong Kong, are staying on as provisional liquidators.

Lai had previously attempted to dissolve Next Digital, sending in an application to the high court on Sept. 17 requesting limited voting rights pertaining to decisions involving his companies, but the request was denied. The high court ruled that the city’s Security Bureau still possessed the power to restrict Lai’s voting rights.
The ever-restrictive and wide-sweeping Beijing-style National Security Law (NSL), imposed June 2020, banned Lai from handling his HK$1.88 billion in shares and funds.
Lai founded both Next Digital and its subsidiary, Apple Daily, a pro-democracy newspaper most widely known for its staunch criticism of communist China. Apple Daily succumbed to the repressive nature of the city’s NSL after Hong Kong police raided its headquarters and seized the company’s assets and records, forcing it to cease publication on June 24.
With the company’s prominence and influence in Hong Kong (Apple Daily sold one million copies of its final edition), Next Digital was a prime target of the city’s draconian NSL.
Seventy-three-year-old Lai is approaching an entire year in prison on charges that include conspiring with other nations, subversion, and his most recent conviction, handed to him on Dec. 13—participation in an unauthorized assembly and inciting others to join.
The unauthorized assembly would be the vigil marking the anniversary of the Tiananmen Square Massacre, when Chinese police opened fire at unarmed student pro-democracy protesters. Lai and seven other influential activists were convicted and sentenced in Hong Kong’s effort to condemn dissent, make an example out of “rule breakers,” and intimidate its citizens, stifling citizens’ freedoms of speech and assembly.
Next Digital maintains its operating branch, located in Taiwan, but reports say the branch is on course to run out of money by the end of December.
The Taiwanese branch will continue to closely monitor the winding down of Next Digital, and Lam will decide the pace at which the assets dissolve.
Taiwan’s Mainland Affairs council said on Dec. 15 that “the [Taiwanese] government is closely following the development of the Next Digital liquidation case and to prevent the leak of any personal data and privacy of our people, relevant authorities would take necessary legal actions to stop related agencies from trying to put their thumbs on the scales of justice as well as freedom and human rights in Taiwan.”
The forced liquidation of Next Digital sounds alarms for all other media groups and publications in Hong Kong. The city’s government, which is assuming communist China’s tactics, will stop at nothing to censor any action or word that qualifies as dissent, out of fear of losing its authoritarian grip on its citizens.
Freedoms of speech, association, and religion are essential to the life of free and flourishing citizens and necessary for any society to prosper. Courageous individuals like Lai and his former coworkers are living testaments to the indominable human spirit, as explored and celebrated in the Acton Institute’s upcoming documentary on Lai, The Hong Konger, set to debut in early 2022. The documentary demonstrates that, for Lai and other courageous social activists, democracy, fundamental civil rights, and respect for humanity are ideals worth sacrificing your life for.