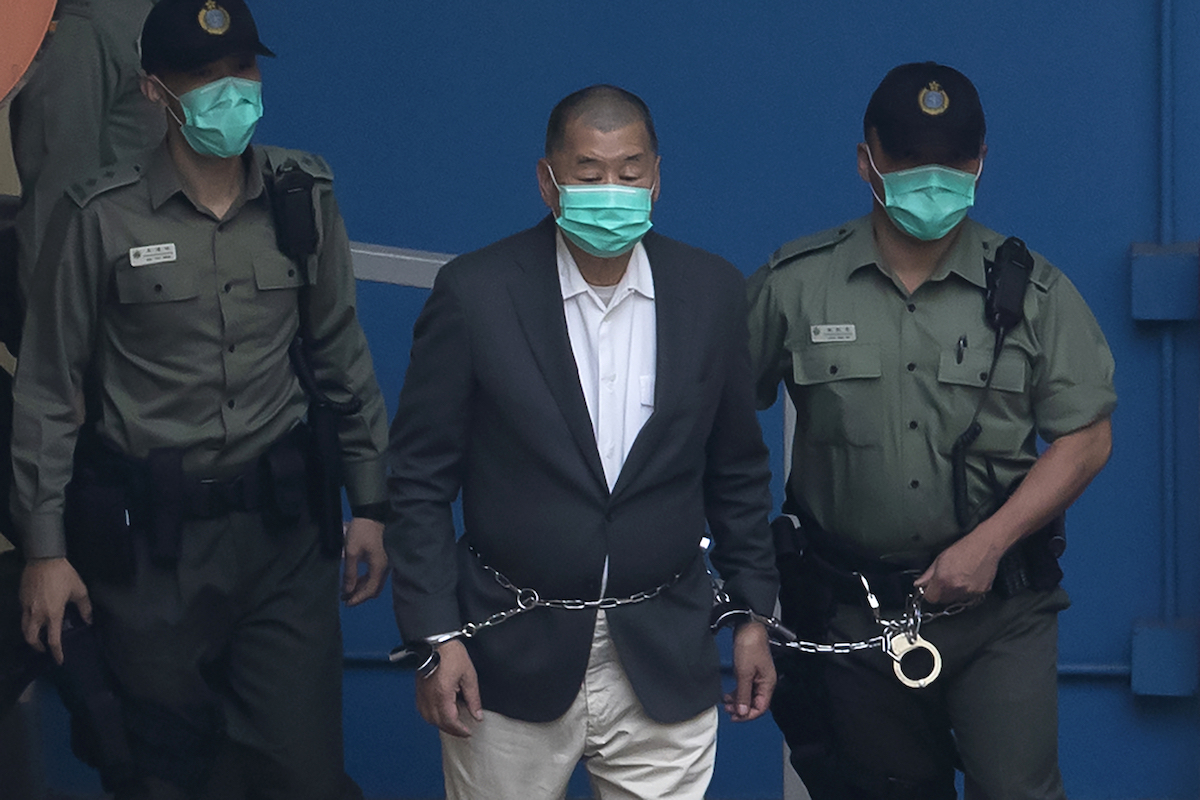 In a blow to free speech, pro-democracy activist Jimmy Lai has been found guilty of fraud by a court in Hong Kong as China works to stamp out dissent. District Court judge Stanley Chan said Lai committed fraud by not revealing that he operated a consulting firm from the offices of his media company—a violation of his lease with a government-owned entity. He is already serving prison sentences for joining in a 2019 protest and holding a vigil for victims of the Tiananmen Square Massacre. His former colleagues were given immunity in exchange for their testimony against the freedom fighter.

Lai faces another trial in December—this time for “colluding with foreign forces” and publishing “seditious publications,” and faces life in prison. These charges are the direct result of a new National Security Law that Beijing imposed in 2020 in response to protests by Hong Kongers against the erosion of their civil rights. Six of Lai’s former employees are expected to plead guilty before judges who were selected to hear these cases rather than having them heard by a jury.

The way Lai’s trials have been conducted have exposed that they are more about silencing dissent than maintaining law and order. “Hong Kong authorities need to stop misusing the court to target people for exercising their rights to freedom,” said Carlos Martinez de la Serna, program director at the Committee to Protect Journalists. Mark Clifford, president of the Committee for Freedom in Hong Kong and former editor-in-chief of the South China Morning Post, put it more succinctly when he told media outlet Axios, “To call it a kangaroo court is unfair to kangaroos!”

Around the world, Lai’s case has garnered attention from those who value free speech and democracy. Christian leaders have signed a petition for his release, and in 2020 Lai received the Acton Institute’s Faith and Freedom Award. He was also ranked No. 1 on One Free Press’ “10 Most Urgent” list, which ranks the most harrowing challenges to press freedom from around the world in order of urgency.

Hong Kong, once a bastion of free expression and democracy in China, has seen democratic protections stripped and trampled over the past few years. By calling any negative press or protests against diminishing civil and human rights a threat to security, the CCP is attempting to silence citizens.

The Hong Konger, the Acton Institute’s new documentary, tells the story of Jimmy Lai’s heroic struggle against authoritarian Beijing and its erosion of human rights in Hong Kong. It is currently being screening in cities around the world.