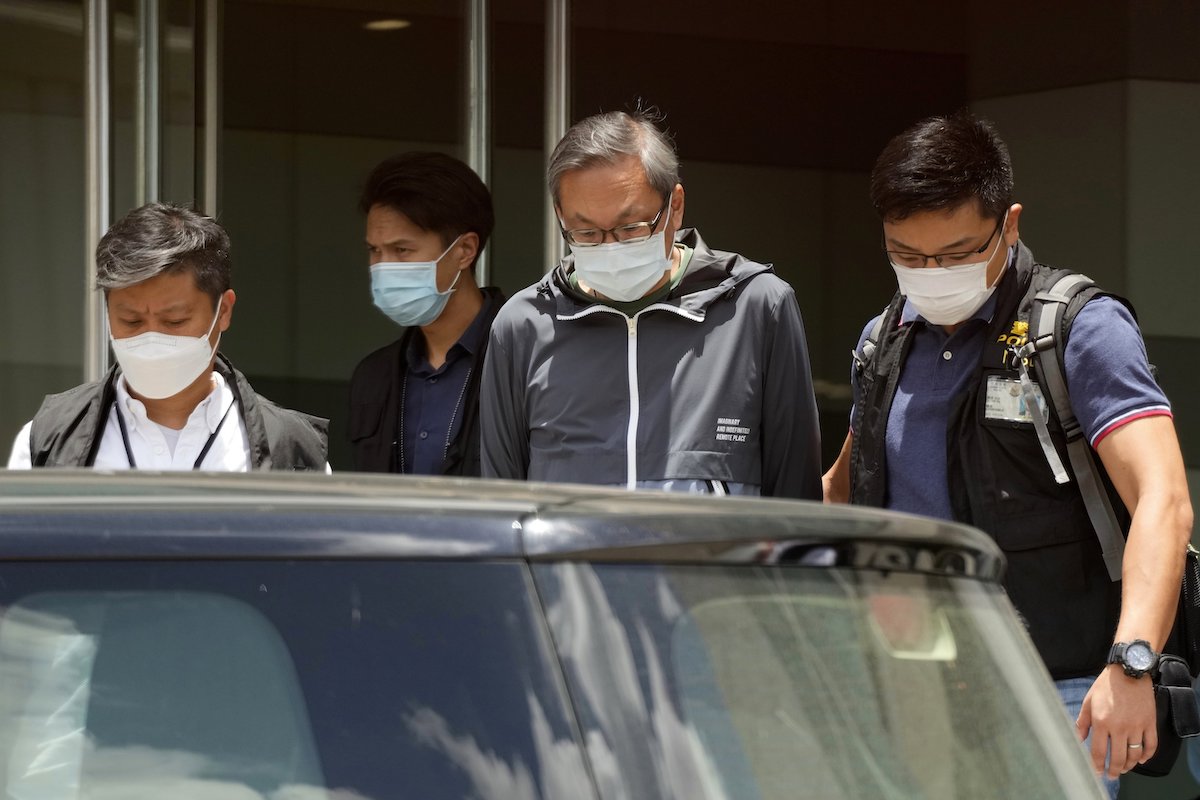 After enduring five months in prison awaiting trial on conspiracy charges under Hong Kong’s National Security Law (NSL), Cheung Kim-hung, former CEO of Next Digital Media company, was denied bail by the city’s high court.
The presiding judge, D’Almada Remedios, denied Cheung’s request for bail on Nov. 5, citing insufficient grounds for “believing that Cheung would not continue to commit acts endangering National Security if bail were granted,” according to the Hong Kong Free Press.
Cheung was one of the top executives of the now-defunct media company Next Digital and its subsidiary newspaper Apple Daily. Both entities had come under increasing government scrutiny for denouncing China and its communist government, violations of the extremely restrictive NSL.
Cheung and six other senior executives of Next Digital await trial on charges of conspiring with longtime Acton friend Jimmy Lai, Next Digital’s founder.
Next Digital, Apple Daily, and Apple Daily Limited, all founded by Jimmy Lai, also face charges.
Hong Kong’s NSL, which was imposed by Beijing, aims to stifle any hint of dissent, including freedom of speech, assembly, and expression, by banning what party leaders deem to be acts of subversion, collusion with foreign powers, or terrorism against the city’s increasingly authoritarian government.
Acquiring bail is much tougher in National Security cases, as the malleable law allows a “specific exception” to the general rule of granting of bail in Hong Kong criminal cases.
Section 9P in Hong Kong’s Criminal Procedure Ordinance bans media from publishing details of the court session involving a request for bail. Such details may be reported at a later time.
Cheung and the other six Next Digital executives, including Lai, are set to appear in High Court on Dec. 28, where they face possible life imprisonment.
Apple Daily, a prominent pro-democracy Hong Kong newspaper, was forced to shut down operations after city police raided its headquarters and froze HK$18 million (US$2.3 million) in assets.
In addition, a government-appointed personal investigator raided Next Digital’s headquarters in a search and seizure of its financial records. The company filed for liquidation on Sept.5, as employees stepped down to allow the company’s creditors to be paid.
Jimmy Lai founded Next Digital in 1990 with a single magazine after the rights that Hong Kongers once enjoyed began to be erased. His publication produced pieces that opposed the rising Communist government in China and its overflowing influence on Hong Kong freedoms.
Specifically, Lai is charged with fraud related to his sublease of the company’s headquarters, along with conspiracy, collusion with foreign forces, and calling for sanctions against Hong Kong and its leaders.
Hong Kong party leaders have been after Lai for decades in an effort to silence his influential pro-democracy voice. With the passing of the sweeping NSL in June 2020, its vague language and broad application have made an example out of Lai.
The Acton Institute honored Lai with its Faith and Freedom Award in 2020, recognizing his fight against totalitarianism and promotion of the dignity of the human person.
The Acton Institute’s in-depth documentary, The Hong Konger, showcases Lai’s unceasing activism and fight for human rights in Hong Kong. The film is set to debut in early 2022.