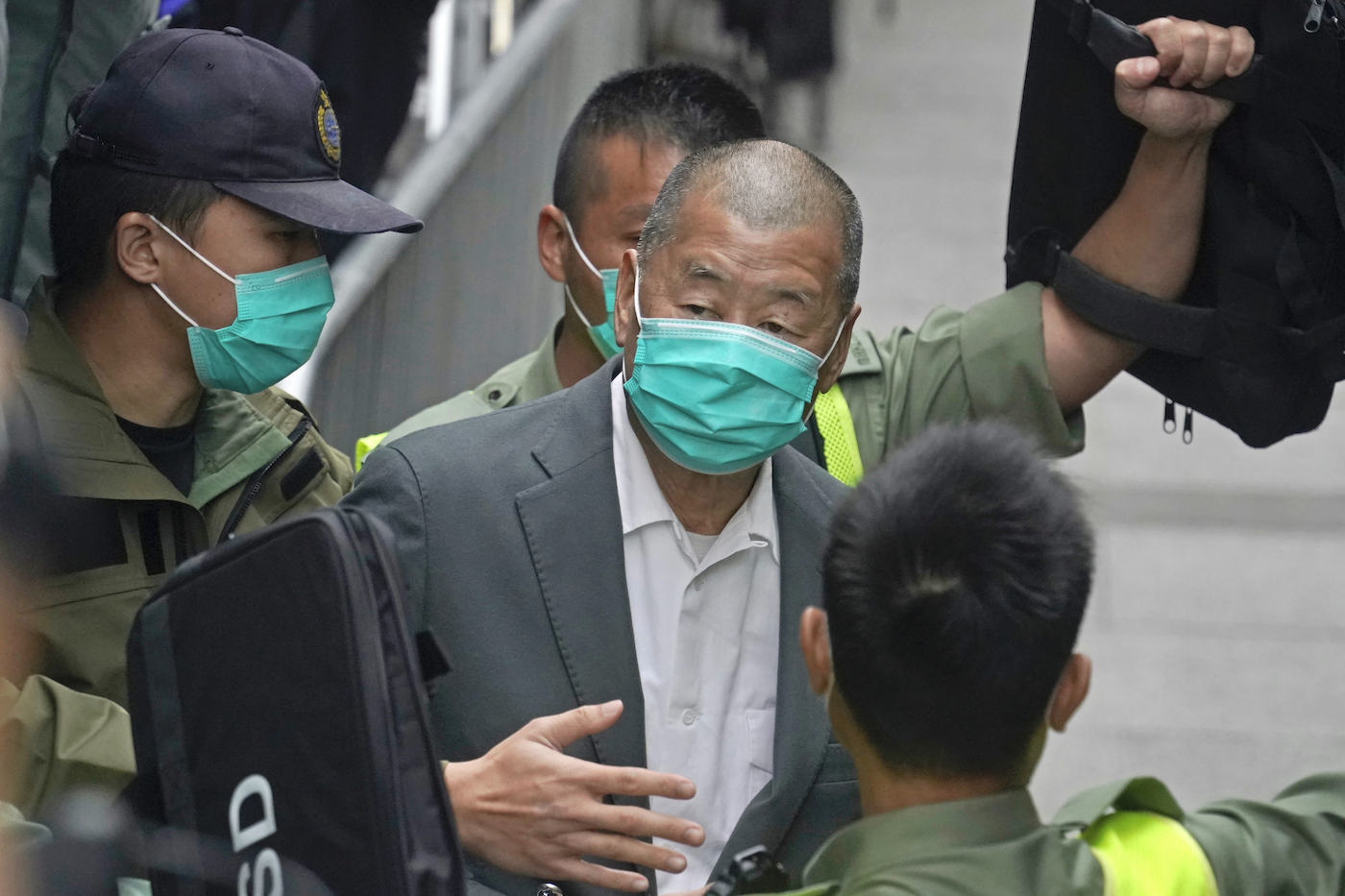 A former associate of Jimmy Lai’s will testify against him in exchange for his freedom, according to Hong Kong Free Press.

Lai, a 74-year-old Hong Kong media mogul who owned Next Media and the pro-democracy Apple Daily newspaper, faces two counts of conspiracy to commit collusion with foreign countries or external elements, one count of collusion with foreign forces, and one count of conspiracy to print, publish, sell, offer for sale, distribute, display, and/or reproduce seditious publications.

He faces a maximum sentence of life in prison.

Concerns over Lai’s treatment have landed him the No. 1 spot on the “10 Most Urgent List” from press freedom coalition One Free Press, which draws attention to the most pressing cases of threats against journalists worldwide.

Now, former Next Media chief financial officer and chief operating officer Royston Chow Tat Kuen has agreed to testify against Lai, his former employer, in exchange for his own freedom. Chow, 64, originally faced a joint fraud charge with Lai, who has pleaded not guilty.

The fraud charges are in connection with Next Digital’s headquarters in Tseung Kwan O New Town. Lai and others are accused of housing a consultancy firm at the offices—a business not listed on the lease—and concealing it from 2016 to 2020. AsiaOne reports that “the move was said to have enabled the now-defunct publication to earn at least HK$1.09 million (S$193,000) in rent from Dico Consultants, a company controlled by Lai, and allowed the latter to evade land premiums of up to HK$110 million.”

When the prosecutor asked Chow about the consultancy, he replied, “Mr. Lai was the highest person in command.”

In June 2021, the offices of Apple Daily were raided and five employees were arrested—including Chow. On May 16 of this year, Maggie Yang Mei-kei, the director of public prosecutions, told the court that the Chinese government had struck a deal with Chow that exempted him from criminal liability if he would testify against Lai.

Judge Stanley Chan warned against anyone contacting Chow, threatening that there was a “very large chance” there would be legal repercussions, ranging from “criminal threat offenses to perverting the course of justice. The conviction can be based on words alone.”

The National Security Law that China imposed on Hong Kong in June of 2020 criminalized collusion with foreign services, subversion, secession, and terrorists acts, which included disruption to transport and other infrastructure. Lai has been in custody since December 2020 and has already been sentenced to 20 months in prison after being convicted on charges related to protesting.

The Hong Konger, the Acton Institute’s documentary on the life of Jimmy Lai, tells the story of his ongoing struggle against the growing power of the Hong Kong government. It is set to be released in late 2022.