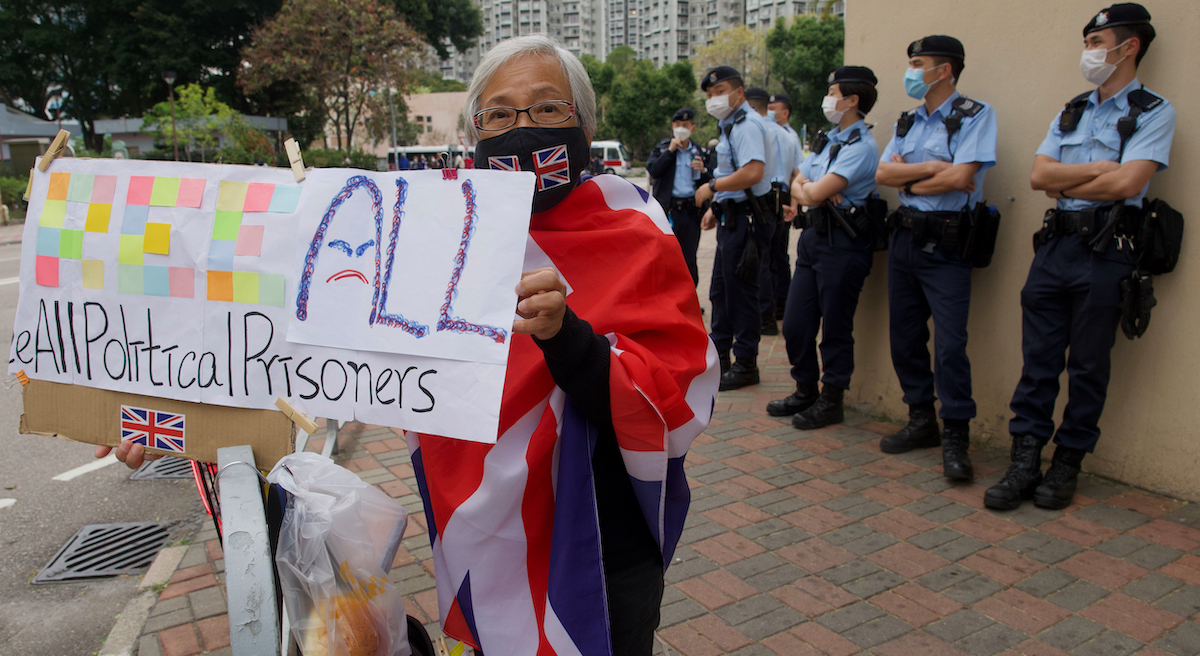 Eight Hong Kongers who were involved in a 2020 attempt to flee to Taiwan via speedboat appeared in high court on Sept. 2, facing charges of perverting the course of justice within the restrictions set by Hong Kong’s National Security Law, or NSL, according to Hong Kong Free Press.
Back in August 2020, a group of 11 men and one woman, all activists or young students, bought a speedboat and attempted to escape from Hong Kong to democratic Taiwan. On the morning of Aug. 23, 2020, their speedboat was seized by China’s Guangdong Coast Guard about 50 miles southeast of their departure spot.
Eight of the 12 faced court on Thursday before Judge Amanda Woodcock, with most of the group already serving prison terms in mainland China. The eight will now stand trial for a second time in Hong Kong court.
Only one of the eight, Cheung Chun-fu, will plead guilty, according to his representative. In addition, Woodcock denied short-term bail for Yim Man-him, meaning Man-him will remain in Hong Kong custody along with the other seven.
A second court date is set for Oct. 26, to allow more time for legal advice.
As the arrested activists left court, spectators expressed their support, as cheers of “hang in there!” could be heard from the public gallery.
Along with the eight, another Hong Konger who was not involved in the speedboat escape was also charged with perverting the course of justice. Hoang Lam-phuc, 17, was sentenced to a training center in July after pleading guilty to the charges.
Two of the eight remain imprisoned in mainland China after receiving harsher sentences for organizing the escape.
Among the 12 activists is Andy Li, who is facing separate charges under the Beijing-imposed NSL, which bans what the Chinese Communist Party, or CCP, deems as secession, subversion, or acts of terrorism. He pled guilty in August to playing a role in a conspiracy to collude with foreign forces alongside longtime Acton friend, pro-democracy advocate, and media mogul Jimmy Lai.
The activists’ appearance in court is the latest event in the CCP’s relentless quest for absolute control, and increases strict public punishments for Hong Kong citizens who promote a democratic society. It took sheer desperation for the 12 Hong Kongers to flee their homes, but the CCP’s treatment of these activists makes clear why they took the risk.