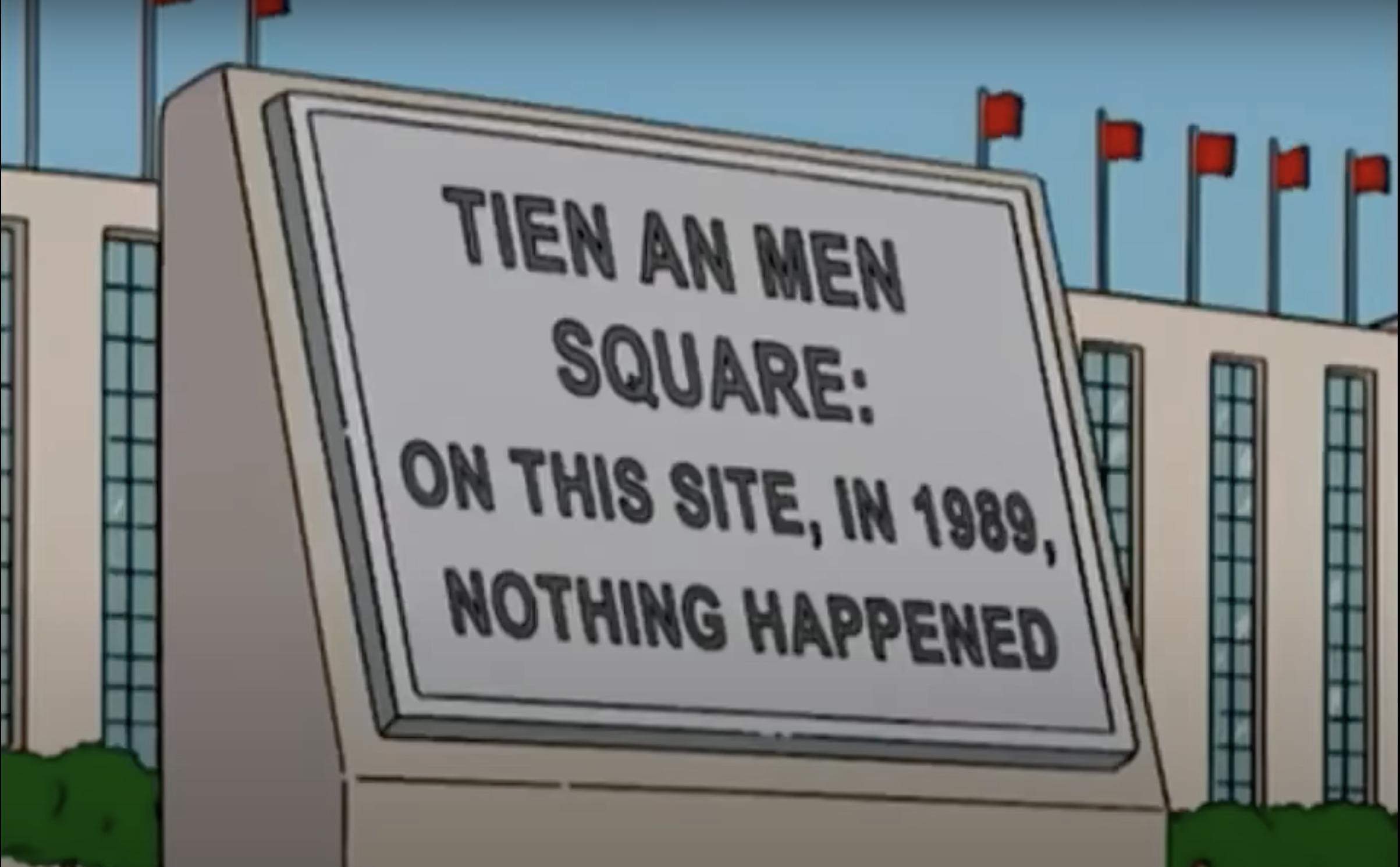 The streaming service Disney + made its long-awaited debut in Hong Kong this month, although with one episode from an extremely popular TV series missing.

An episode from The Simpsons, which ridicules Chinese government leadership and pokes fun at the nation’s censorship of any mention of the Tiananmen Square Massacre, was removed from the show’s lineup in Hong Kong, confirming citizens’ fear of increasing government control and elimination of free speech.

The episode, “Goo Goo Gai Pan,’’ appears in season 16, episode 12. The streaming service, however, immediately skips from episode 11 to episode 13.

According to The New York Times, in the episode, the Simpsons visit the “embalmed body of Mao Zedong” and later travel to Tiananmen Square, where a plaque reads “On this site, in 1989, nothing happened.”

The Tiananmen Square Massacre, where student-led democratic protests took a turn for the horrific after Chinese troops opened fire and killed an estimated 1,000 civilians, remains a notorious event and a reminder of courageous democratic efforts in China.

Disney did not respond to the Hong Kong Free Press’ request for comment, and it’s unknown whether Disney played a deliberate role in the censorship or if its hand was forced due to government regulations.

This is Hong Kong’s latest attempt at stifling cultural or media dissent. Since Hong Kong imposed its restrictive and wide-sweeping National Security Law (NSL) in June 2020, statues have been removed, businesses have been forcibly liquidated, and civil society groups have disbanded amid fear of life sentences and public defaming.

The film industry has suffered a similar fate in Hong Kong, with the government’s announcement on Aug. 24 that it planned to censor any film, domestic or foreign, deemed a threat to national security.

However, as the Times reports, the film censorship ordinance applies solely to the film industry, not to streaming services.

“Disney obviously sent out a clear signal to the local audience that it will remove controversial programs in order to please” the Chinese market, Dr. Grace Leung, an expert in media regulation at the Chinese University of Hong Kong, told the Times.

Hong Kong culture and art have also been under attack. The University of Hong Kong forced the removal of the 20-year-old Pillar of Shame, a sculpture that paid tribute to the victims of the Tiananmen Square Massacre, in order to wipe the memory of the devastating event from Hong Kong history.

Hong Kong’s neck has been wrung intensely as the Chinese government has tightened its grip on the previously autonomous city. Hong Kong used to be a haven for free speech, assembly, and expression. Now that the city has been bullied by the restrictive NSL, media integrity, civil freedoms, and human flourishing as a whole have been degraded in the name of absolute control.

It’s not enough for the Hong Kong government to publicly disdain or express some sort of public opinion on The Simpsons episode; rather, it forbids the mere existence of it in order to silence dissent of any kind, consequently erasing the rights of its people.

Hong Kong citizens continue to fight a strenuous battle against authoritarian control. The Acton Institute’s upcoming documentary, The Hong Konger, showcases the courageous life of one of the city’s most prominent pro-democracy activists and media tycoons, Jimmy Lai, and his commitment to the reemergence of human liberties in Hong Kong. The documentary is set to debut in early 2022.