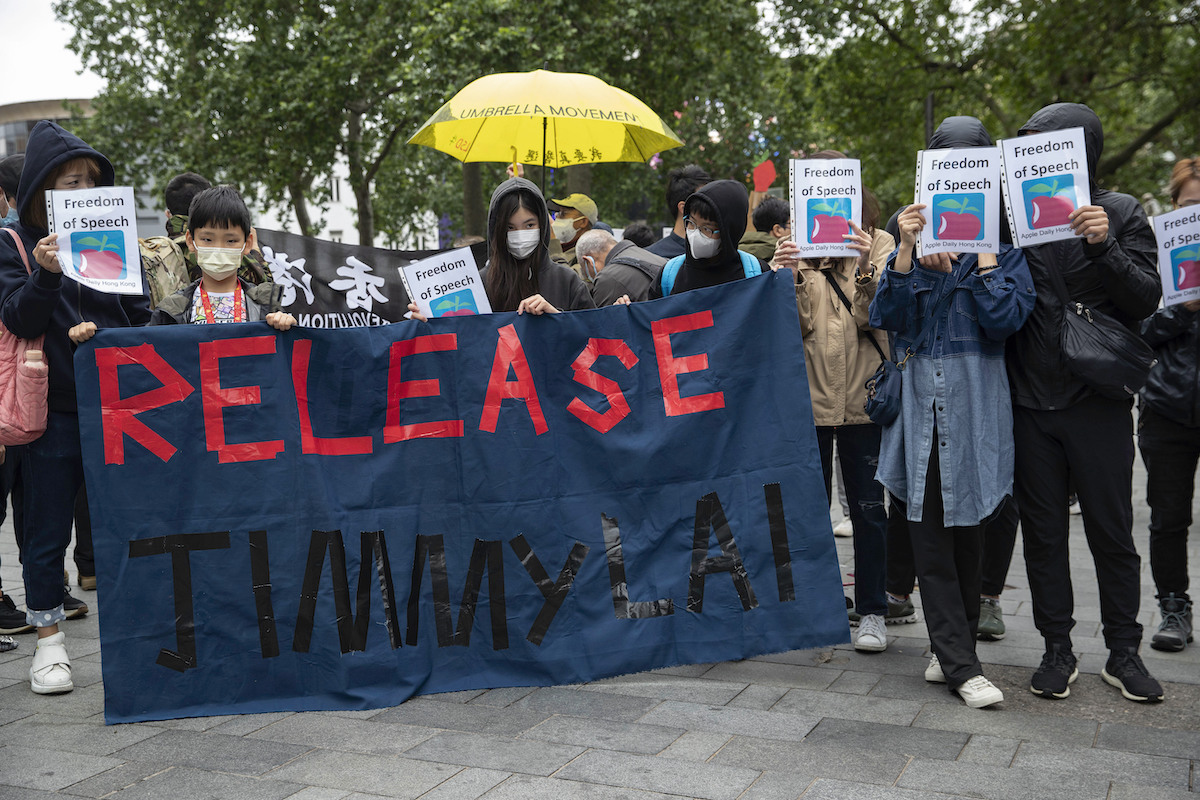 A worldwide coalition of Christian leaders submitted a petition to Carrie Lam, chief executive of Hong Kong, asking her to grant amnesty to individuals charged under the city’s repressive National Security Law (NSL), including one of the city’s most prominent human rights activists and media tycoons, Jimmy Lai.
The petition was handed to a Hong Kong representative by the Rev. Fung Chi Wood outside the government’s headquarters, according to Reuters. It bore the signatures of a handful of deacons, priests, pastors, and cardinals across the globe and highlighted the city leaders’ mistreatment of Hong Kong residents—namely, arresting pro-democracy dissidents in an effort to silence them.
The NSL, in its broad application, bans what Hong Kong elites deem to be subversion, secession, terrorism, and collusion with foreign forces. Critics of the law claim that the NSL has been used to control its citizens and in the process curb human rights.

But Hong Kong government leaders insist just the opposite: Lam argues that the law has the city “back on track” since its 2019 pro-democracy protests. Lam, like Lai, is Catholic. Unlike Lai, however, Lam has pushed legislation that has been the basis for more than 160 arrests and whose consequences include the forcible removal of art commemorating the Tiananmen Square Massacre, the censorship of TV shows, and the imprisonment of protesters.
Seventy-four-year-old Lai, a prominent entrepreneur and founder of the anti-Beijing newspaper Apple Daily, faces up to life in prison if convicted of foreign collusion, sedition, and fraud, charges brought against him under the NSL.
One signatory to the petition, the Rev. Alan Smith, called Lai’s case a “terrible injustice.”
Presently, Lai is serving a 20-month prison sentence in Hong Kong for his participation in an unauthorized vigil commemorating the victims of the Tiananmen Square Massacre in June 2020.
Catholics can be found on both sides of Hong Kong’s legal conflict. Some city elites, such as Lam and John Tsang, the runner-up in the city’s executive election, hold office and use their influence to push conformity, while others, like Lai, children’s book publishers, and journalists, continue to fight to regain freedoms that were stripped from them.
At a Catholic charity event, Lam said there is a “spot reserved for her in heaven” because she has endured “persecution for righteousness’ sake.”
But Lam’s many critics would no doubt respond that she is more persecutor than persecuted, prioritizing the state’s interests over that of the people’s and the upholding of basic human rights. The Christian leaders’ petition asks Lam to reconsider her actions and the tragic consequences of those actions. “Let’s hope she gives an answer to the voice of her conscience as a Catholic,” said Fr. Franco Mella while addressing media outside the government office.
“We plead with you to have compassion on [Lai’s] life and well-being, and to correct this injustice. We will continue to hope and pray for his eventual release as well as for the well-being and prosperity of Hong Kong and all the peoples of the whole Chinese nation,” the petition said.
The signatories to the petition, including Lord Eames, archbishop of Armagh in Ireland, hope Pope Francis will “join [their] voice” in support of pardon for all those charged under the NSL.
Akin to Saul’s hunt for David in the book of Samuel, Lam and her administration have been after Lai for years, intending to silence him while intimidating anyone else who contemplates defending freedom and democracy against Beijing-inspired autocratic rule.
The Hong Konger, the Acton Institute’s forthcoming documentary, tells the story of Jimmy Lai’s struggle against authoritarian Beijing and its erosion of human rights in Hong Kong.